Black and white portrait photograph of Fritz Reiner. He is shown seated facing viewers with light shining on him from his right. Dated December 1922. 6 1/2" x 9 1/2." Reiner inscribed a date and signature, "Fritz Reiner, Columbus, Dec. 1922," on his right hand in ink pen. On the front, there is an imprint from the photography studio, Underwood & Underwood Studios, which was based in New York. On the back, one of the stamps from the studio says, "Fritz Reiner, Conductor, Cincinnati Symphony Orchestra." The other stamp addresses the studio's copyright policy. There is slight rippling on the photograph, but it is otherwise clean and undamaged. Fritz Reiner (Hungarian American; 1888-1963) was an accomplished conductor of opera and symphonic music, a composer, and a pianist. He was born in Hungary where he received his music training. In 1922, he moved to the U.S. and became the Principal Conductor of the Cincinnati Symphony Orchestra. Reiner played throughout the U.S. and Europe and reached international acclaim. He worked with several orchestras and became the music director of the Chicago Symphony Orchestra in the 1950s and early 1960s. 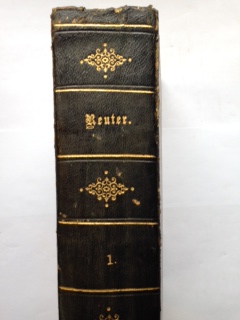