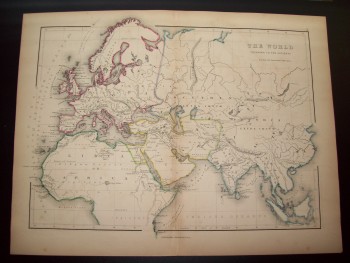 Original Map - "The World as Known to the Ancients"

Original publisher's hand-colored map of the world "as known to the ancients." Modern-day Europe, the upper half of Africa, the Middle East, and Asia including Russia, India, China, and part of Southeast Asia are shown. Names such as Europa, Libya (for Africa), Scythia, and Arabia are used. A key beneath the title shows a boundary line with the caption, "boundary of the Persian Empire under Cyrus," suggesting this map is derived from geographic knowledge circa between the seventh and sixth centuries BCE (reign of Cyrus the Great was c. 600-530 BCE). Features beautiful watercolored outlines in blue, pink, green, and yellow around country or regional borders. Major cities and natural features such as mountains, rivers, and oceans are shown. No date, circa 1836-1851. Map with margins measures 13 1/4" x 10"; actual map area measures 11 1/2" x 8 3/8." Map is very clean and intact except for slight foxing. The center fold line is original as this map originally came from an atlas. Lines of latitude and longitude also included. The following is printed beneath the map: "Philadelphia, Blanchard & Lea." "2" printed in upper-right corner outside of the neatline. Blanchard & Lea (fl. 1836-1851) was a Philadelphia-based publishing house and successor to Matthew Carey & Company. George E. Sherman was an American map engraver based in New York and co-founder of the publishing firm, Sherman & Smith or Stiles, Sherman & Smith (fl. c. 1829-1855).

Title: Original Map - "The World as Known to the Ancients" 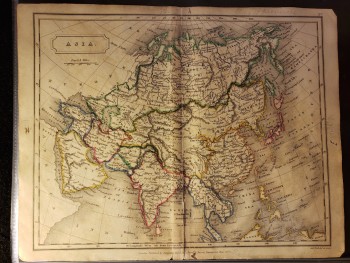 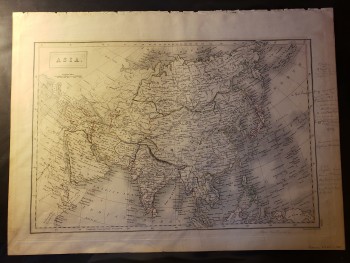 Original Map - "The World as Known to the Ancients"